Why property taxes are assessed unfairly? 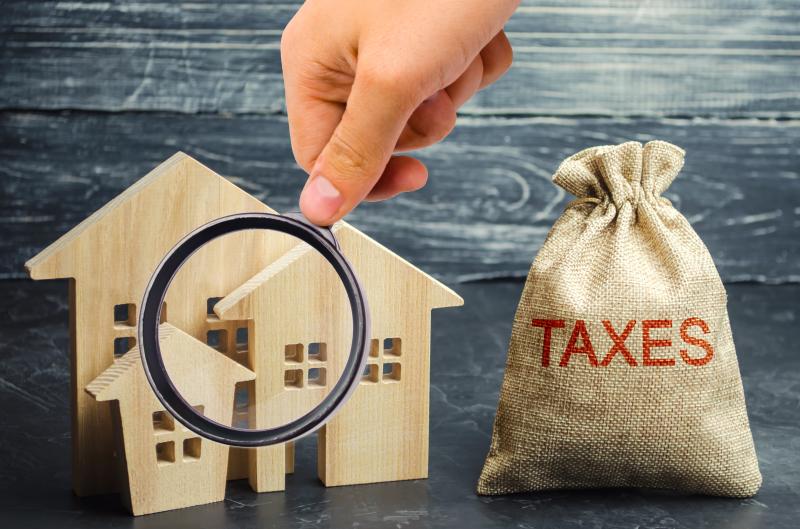 It was 2015 and I just started a new family and had a new baby boy. And I bought a two bedrooms condo.

I bought health insurance for my family, but I still received a big hospital bill for the child birth.

Caring for a new baby is not as easy as some people think. It takes both parents to keep giving each other breaks in child care, and I worked part time in order to help out with childcare.

So, my income was cut in half and my expenses went through the roof.

One expense that was really a big burden on me was the property tax. I had the property tax bill in front of me and I didn’t remember if my mortgage company was going to make the payment, I was hoping that I didn’t have to pay this big property tax bill because I had to borrow from my credit card in order to pay for the property tax, so I logged into the county assessors office and I searched for my address; for a second I got very excited, I saw that I owe less than half the amount that it was in front of me, but then I was disappointed when I looked at the address, it was in the same complex, with the same floor plan and SQFT, but this owner’s property tax was less than half of mine. I tried calling the county to see why I have higher property tax bill, but after one hour of waiting on the line, the county’s office was closed.

After looking at the address with the unit number, I realized that I knew the owner, he was a friendly guy and he drove a very expensive sporty car.

I decided to walk into his condo and talk to him, maybe he gives me some guidance. He explained to me that the property taxes are not based on the property value, but based on purchase price plus possible 5% increase a year if county decides there is an increase. He said that he owns several investment properties that he purchased in 2009 when the prices were very low, so his property tax bills are based on what he paid, which was about 1/2 of my property tax bill.

I felt like it was very unfair that I could barely afford to support my new family and new baby, and I had a property tax bill that was twice as much of an investor that owned several homes and drove a $100K sports car.

So, I contacted county assessors office the next morning and she confirmed that the reason the investor’s property tax is half of mine is because he bought the property in 2009 and paid less than half of what I paid for in 2015.

Another unfair law passed by the lawmakers; they just did not think it through when sponsored the law, it is helping rich investors who already have a lot of money and they are causing the major housing inflation. And low and medium income families who spend more than half of their income on mortgages and they struggle to pay their housing cost sometimes end up paying twice as much on property tax than the rich investors.

If you live in California, you can show your disapproval of the unfair law in which some homeowners are being assessed higher property taxes than other homeowners for the similar properties with the same valuations by writing to: housing@doj.ca.gov.

The unfortunate person who end up paying more was not fortunate enough to buy the home at a very low cost, that should not be the deciding factor as to who pays more. The fair way of assessing property taxes should be that every house should be assessed based on its value and not based on how much the buyer paid for the property.

What the lawmakers can do is that they can lower the property taxes for all homeowners, but have everyone paying a fair share based on the property valuation. If it was me trying to overwrite the law, I would recommend the investors to pay higher rate than owners who purchased their home for their primary residence. When there is a housing shortage, there should be laws passing that discourages investors from snatching up properties causing today’s housing crisis.

Why you don’t want to end up in this hospital?
Does every business set its values like “Soup Nazi” values?
Does the government tax you without you noticing it?
Why housing is so unaffordable in US
Why property taxes are assessed unfairly?
Other Articles:

Best stores to shop for groceries and our daily necessary items