Why housing is so unaffordable in US 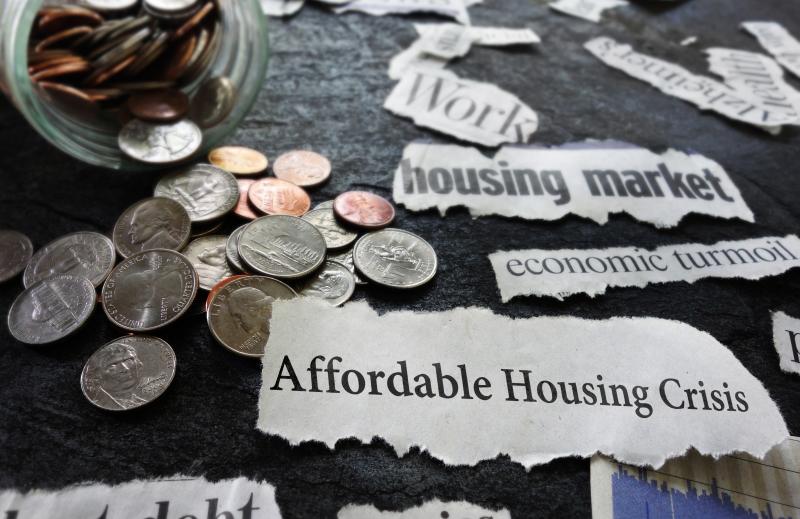 We can say that 2010 was the time that the housing bubble burst so the prices were low at the time, but I believe that was the real market correction.

Look at these realistic and not so realistic housing numbers based on what it should be the standard inflation rate:

At the same Southern California area where most people cannot afford to buy a home, the average rent for a one bedroom apartment is about $2,600.

I have no choice to blame this unbelievable housing affordability crisis to incompetent politicians who are running around passing incentives to anyone cross the board whether the buyers are families or individuals who really deserve the incentives and low mortgage rate or investors who do not deserve the low mortgage rate to buy homes based on government’s zero prime rate.

And I also blame the institutional investors and other real estate investors that are exploiting the situation and snatching up any real estate that becomes available and this way they can keep forcing the housing prices to increase.

I’m not a republican or democrat. I don’t like the fact that both sides keep blaming the other party for our current state of our country when most people, poor families with children, single moms and single dads are struggling to afford a home or just a small apartment to live with their children.

The democrats blame the housing crisis on “shortage of housing”, I really do not buy that.

It is important to know that some of these investors are foreign investors, they are citizens of other countries and snatching up US houses to make profit, while our hard working families with children, single moms or dads with children cannot afford to keep a roof over their heads.

On top of the fact that investors are receiving low rates and tax incentives from government to snatch up properties, there is more unfair laws that benefits investors; did you know that in many cases, the real estate investors are paying much less in property taxes than an owner occupied property?

Please read my story in this article: Why property taxes are assessed unfairly?.

When I just started a family and had a new baby, struggling to pay my high mortgage and property taxes and there was an investor who owned a condo in the same complex with the exact same floor plan and SQFT, but my property tax was twice as much as his property tax and the investor was a wealthy man owing several investment properties, driving a $100K sports car. Why at least we did not get billed the exact same property taxes even though we owned the same exact floor plan in the same complex? Please read my story to see how unfair our laws are!

Both democrats and republicans do not want to solve this housing crisis or take any actions that can correct the major housing price explosion. This is because they worry to loose the vote of homeowners who temporarily feel rich from their enormous home equity gains.

Also democrats love the idea that the disadvantaged people who had bought the expensive homes are paying huge property taxes and democrats love collecting taxes.

But this major housing crisis hurts everyone, even the people who think they are rich from their enormous gain in their home equity.

Small businesses struggle to find employees that they can afford. Grocery stores, restaurants and other retails businesses have no choice to increase their prices so they can pay their employees’ higher wage needs based of the explosive housing prices and rent increases.

So, the high cost of housing whether it is renting or homeownership causes many small businesses to go out of business and also causes major inflation.

People who are struggling to afford paying their rents, or mortgages or property taxes are now facing high cost of food, groceries and other everyday essentials.

You know that there is a major bias in favor of housing price increase amongst politicians and government institutions that oversee national finances because currently cost of higher housing does not count as part of US Inflation Index, so the housing prices can go up as high as 30% a year and Federal Reserve or U.S. Department of the Treasury does not count this major increase as the Inflation Index. That shows that our government is bias and favors housing price increase, and they do not care that this affordability issue hurts most people, especially many families who have children.

It is time for us to show the politician that we disapprove their policies that promote price increase and promote investors to keep snatching up properties and leave poor families without the hope of putting roof above their heads.

If you live in California, you can show your disapproval about how the investors causing the major price increase by writing to: housing@doj.ca.gov.

If you live in other states, you can write the attorney general of your state.

It is time to work together to make housing affordable for most citizens.

If the state has shortage in housing, then there should not be any low interest rate incentives or tax incentive for any investor to keep snatching up houses.

The policy should create a situation that a low income person or a low income family can afford at least a one bedroom condo.

And if you’re a homeowner that uses the house as the primary resident should be paying less property tax than if you’re an investor who have snatched up a bunch of properties in order to make a big profit.

It is time for our government to do the right thing and revert the major housing affordability crisis that has been created in our country.

Why you don’t want to end up in this hospital?
Does every business set its values like “Soup Nazi” values?
Does the government tax you without you noticing it?
Why housing is so unaffordable in US
Why property taxes are assessed unfairly?
Other Articles: