Are there different levels in empathy and altruism? 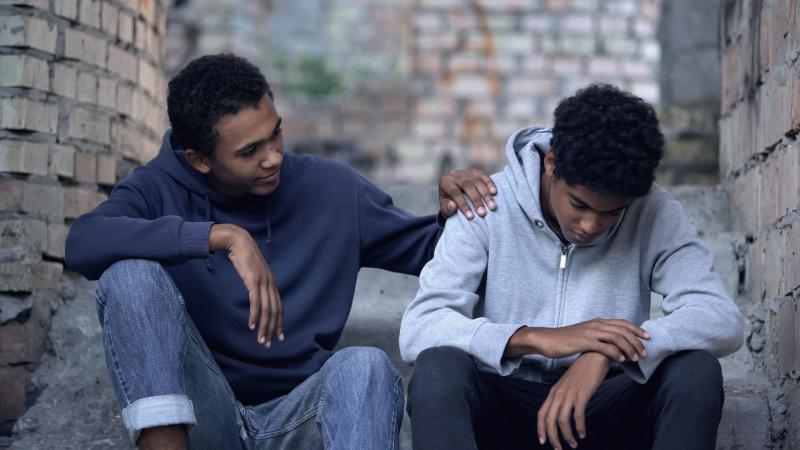 I believe empathy and altruism go hand in hand.

How to recognize if someone has empathy?

The person with altruism tendencies has the above three qualities, plus the additional levels of kindness and helpfulness nature.

I will clarify the concept about the different levels of empathy and altruism with real-life examples below.

In these examples I’m going to use the word “friend” to refer to anyone who you would consider as a friend in conjunction with other relationships, whether that person is just a genuine friend, or a spouse or a close relative, etc..

Level One Empathy and Altruism:

The person with Level One Empathy and Altruism has the ability to:

Tommy and Diane have been married for about seven years. Tommy comes home from a stressful day at work, noticing that Diane seems down that evening. Tommy makes an effort to forget about his stressful day, he sits down with Diane, asking her why she is sad, he listen to her and tries to comfort her, then he does his best to cheer her up and make her feel better.

Tommy recognized and felt Diane’s sadness (Empathy), then he put priority on Diane’s need, and focused on supporting and helping Diane with her circumstance. (Altruism One)

The person with Level Two Empathy and Altruism has the ability to:

Kathleen and Marci have been best friends since high school. They both live in Orange County, but about thirty minutes away.

One Thursday evening, Marci calls Kathleen to say hi, and notices that Kathleen sounds horrible. Kathleen had a very bad flu, and she was too sick to go to store and buy herself some comfort food.

Marci had made a plan to get a few important things done that evening, but she decides to make her friend a home made chicken soup and drove it to her home. (Marci was not afraid to get the flu from Kathleen because she had gotten the flu shot that year.)

In this case, Marci set aside her to-do items, made a chicken soup for her friend and drove it to her house. Marci has at lease a Level Two Altruism.

The person with Level Three Empathy and Altruism has the ability to:

Josh and Jacobs are brothers, they are close and good friends. Josh lives with his fiancé in San Diego, and he owns and runs his own business; Jacob is divorced and part caregiver of his five year old son and he lives with his son in San Fernando Valley. Jacob does not have any family member living near him in San Fernando Valley. Josh is the closest family member living in San Diego.

Josh and Jacob talk or message each other every week.

One Monday morning, Josh receives a call from Jacob, Jacob is hospitalized for an ongoing health issue. Jacob sounded distress because he was worried about his son’s care, especially his child custody battle with his ex-wife was very contentious, and his ex-wife could have used Jacob’s inability to care for his son to take their son’s full custody.

Josh knows if he takes the time to drive to San Fernando Valley, he could potentially create a problem with his relationship with his fiancé, also he was in the middle of a project deadline for his business and he knew taking his time away from his business could hurt his business.

Josh felt really good for helping his brother out.

Initially, it seems like Josh’s fiancé was okay with Josh going to help his brother and even though Josh called her every day, after the fifth day of Josh not coming home, his fiancé decided to break the engagement because she came to the conclusion that Josh loved his brother more than her because he abandoned her for five days.

Josh tried to convey to his fiancé that he loves her very much, and if she was in trouble, he would drop everything to help and support her, but she had made up her mind.

In this case, Josh has the level three Empathy and Altruism, not only he inconvenience himself, he goes above and beyond to help his brother.

The person with Level Four Empathy and Altruism has the ability to:

This type of situation happens every day - here are some examples:

Unfortunately, we are living in a more demanding, full of stress and difficult world.

Cost of living and inflation has been increasing substantially every year, there are people who are aggressively competing and fighting to get ahead, while dragging down others in order to win the battle of today’s materialistic, competitive world.

We are constantly being brainwashed by the social media, Hollywood and society in general that what makes us happy is to have financial success, an expensive house, an expensive car, the latest gadgets and an attractive spouse; therefore, most people have adopted those false ideas and beliefs, willing to live in such empty life full of stress yearning for materialistic things in life and they are loosing out in having real connections with family and friends.

For those of you who are lucky enough to have found good friends, a spouse, a kind brother or sister, learn to appreciate and embrace those connections and friendships, be there for each other because nothing in this world is going to replace a good friendship.

Did we loose the real meaning of life?
Are there different levels in empathy and altruism?
How our false beliefs are developed and how they effect our lives.
What are the two things that play a big role in where we are in life today?
Other Articles:

Best stores to shop for groceries and our daily necessary items