PHP vs Python - which programming language should I use for back-end web application development. 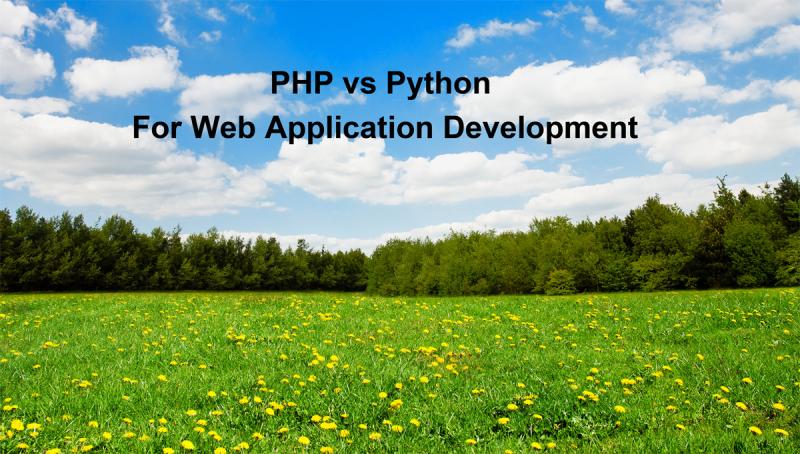 I have written this article specially for businesses who want to start a Web Application project and they are trying to select either PHP or Python for its back-end (server-side) programming language.

I have worked in the application development industry for 30 years and I come across clients who would ask me to build them a simple web application using Python because they were told that Python is a newer and much better programming language.

What I have noticed and learned from the web application development industry is that a lot of people in the industry would give you their biased opinion based on what suits them. For example, one person went to a Python Development Company asking them to make some updates to their PHP code, but because the Python development company was mostly specialized in Python development, the sales rep told him that PHP is dead and they should rebuild their back-end application from PHP to Python.

In my opinion, every programming language has its strength and its use.

PHP is not a general purpose programming language but it was specifically developed for web development / web application development, you can easily embed your PHP code in HTML for server-side scripting. That is why so many web applications are built using PHP. WordPress which is the most popular CMS application is written in PHP, so is Drupal and Joomla. There are many full featured open source ecommerce applications which are written in PHP such as Magento, Opencart, WooCommerce, OsCommerce, Prestashop, Zencart, X-Cart, Bagisto. And there are many many PHP Programming Frameworks such as Laravel, CodeIgniter, Symfony, FuelPHP, Slim, Phalcon, Yii Framework, Zend Framework, CakePHP. So PHP is not dead and in my opinion, it is going to be around for a long time.

There are also rummer that PHP applications tend to be written in substandard coding practices, but Python applications are more structured and less spaghetti. This rummer can be true because some new coders quickly learn PHP and start writing PHP code for clients without learning how to write structured, maintainable code and without following the best practices in writing code. But this does not mean that PHP was the main reason that we have substandard coders, there are coders that also do not follow best practices in writing Python code, so if there are substandard, poor quality code out there, the blame should go to the coder who did not follow best coding practices and did not put extra time in writing structured, better maintainable code.

So if you are a business owner or an inventor and want to build a custom web application for your business, which back-end (server-side) programming language you should choose?

So to answer your question of which programming language you should use to build your web application; in my opinion you should be focusing on hiring a coder that has the knowledge and experience in building secure and structured applications and then consult with experienced consultants and then choose a programming language and the framework that is best suited for your project. Sometimes when you find a very qualify coder with knowledge and experience and you feel comfortable about hiring him/her, and you have done your due diligence to get secondary unbiased opinion, then you may want to choose the programming language and framework that your experienced coder has recommended to you to choose for your application.

Some very large applications use different programming languages based on what is suited for them for example:

Below are very top level comparison of Python vs PHP